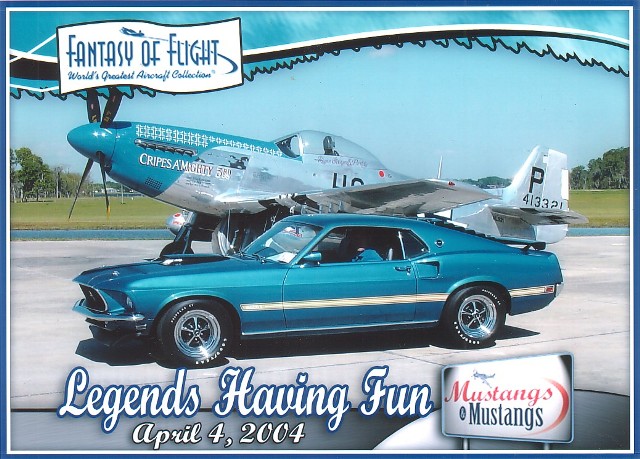 This '69 Mach belonged to my Dad's painter, back when NPD was a restoration shop in the late 70's & early 80's. It was his daily driver, it's an M-code 4-speed with A/C, pwr steering & brakes, and folddown rear seat. He totally disassembled it for paint in the mid-80's, and after painting it, abandoned the project and stuffed the shell in his garage and all the parts were scattered around his paint shop. And I mean SCATTERED, as in the rafters, in his cupboards, we even found the fuel sending unit in his shop fridge. In 1991 his wife became pregnant, with twins, so the garage that the Mach resided in needed to be turned into an additional bedroom, and he needed the cash as well. The car was so straight and absolutely devoid of rust, we arrived at a deal whereby I would buy the car, he would put it back together with my help, and I supplied new parts as-needed for items that I felt should go on brand-new as the car came together. Mechanically, we just threw it back together as-is and didn't touch the engine compartment or undercarriage (I was 23, and could only afford to tackle the cosmetics of the car at the time). It was a damn stunning car once it finally rolled out of the shop in '92. Within 3 weeks of it being finished a good friend of mine totalled my '88 GT convertible (he's still a friend) and the '69 was abruptly thrust into daily-driver duty. I finally settled with the insurance company and bought a new car seven months later, and the Mach took a breather, only for that new car to be driven through a ditch and a fence (never let friends drive your cars, I know that now) and once again the Mach was daily driven for another 9 months as we carefully repaired and made better-than-new my poor practically new 6-speed 'Vette. Once the Vette was back on the street (with a new better-than-factory finish and fully detailed chassis, I used the misfortune as an opportunity to go ballistic on that car with aluminum polish on the chassis and block sanding the paint) it was time to finally finish the Mach with a 100% mechanical restoration and underhood/undercarriage detail. After that, I also took another swing at the interior, raising the bar with new carpet, seats, door panels, dash, and freshly chromed/detail dash bezels by Mr. G's. I did the MCA show circuit, won what I could win, got bored with that, put on one of the rare no-number Ford Performance aluminum intakes, MSD billet distributor and 6AL ignition, and went back to driving it here and there. All told, I've put almost 35,000 miles on her in the last 12 years, and I'm actually pondering tearing it completely apart again. The old rust starting to peek through on the corners of the doors deal. So I'm thinking about paint, aluminum head crate motor, rack & pinion, bolt-in IRS, and 5-speed. I'll just bag and tag the original drivertrain into storage. So that's my '69 Mach story!! I like telling it because this car has been on our catalog covers, and ads, and everybody assumes it's just another "paperweight" Mustang that never gets used. 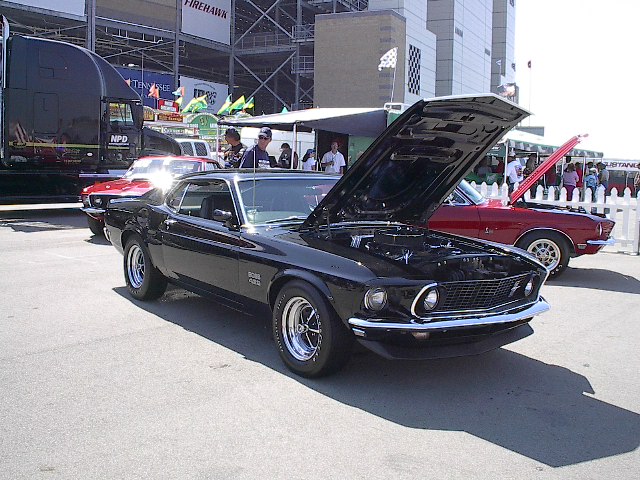 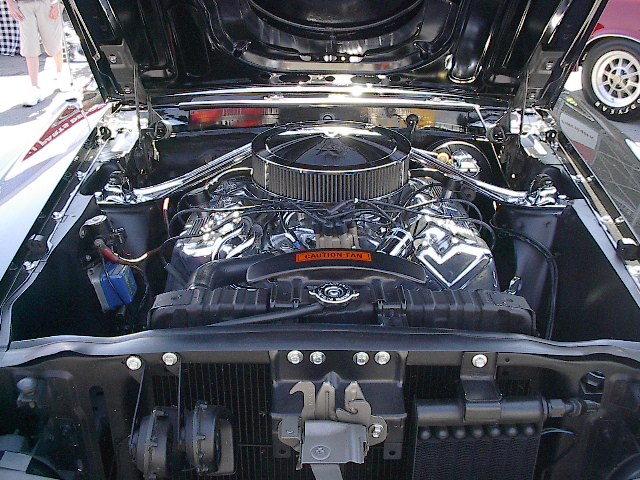 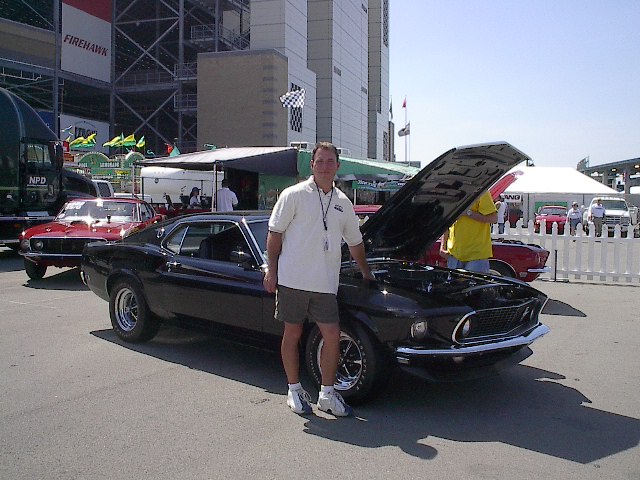 The motor is the original to the car, but was "built" in the early 80's by Earl Wade (I've been told that he used to build engines for Don Nicholson??). Stroked to 494 c.i., big cam, big compression, big power. A modified 785 cfm Holley from a 427 Corvette serves as a good street carb, although I'm sure it could breath bigger. But it runs superb with the Holley, and I can't imagine it consuming any more 110 octane fuel per mile than it already swallows! When I bought it in '97 it had headers and 3" exhaust through 2-chamber flowmasters. It screamed with that setup (would pull away from my '97 S351 supercharged Saleen with ease, which is a 506 h.p. car), but the headers didn't provide enough ground clearance, minor dips in the road would have the car slamming the headers against the pavement. Huge risk of cylinder head damage, and constantly chasing header leaks. So now it's back to original manifolds, and factory-correct exhaust. It definately has taken alot of the "wild" out of it, but it's still a gorilla on the street, and it sounds so much better now. Even the factory exhaust doesn't keep it from sounding extremely pissed off at idle. It's one of those motors that cleans the parking space behind it of all dust and debris as it idles. And before it was so loud, it sounded like a pro-stock car, which on the street, was more silly than it was cool. 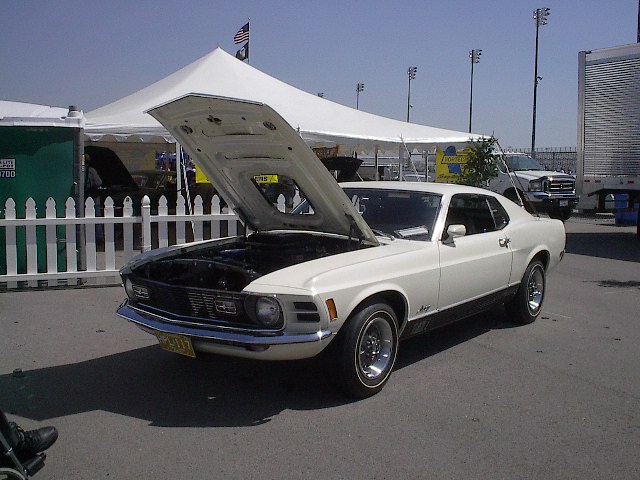 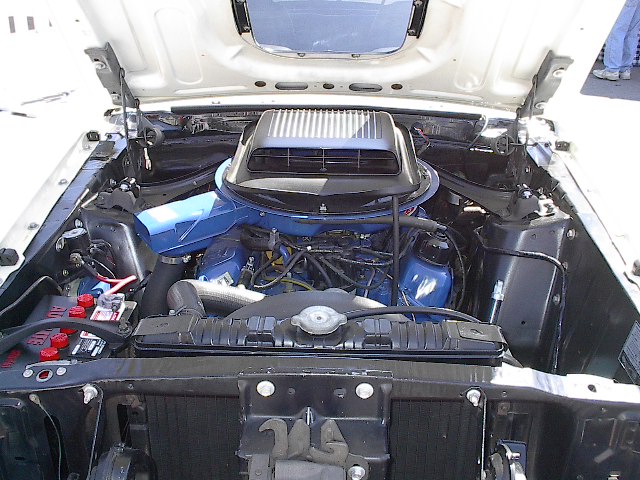 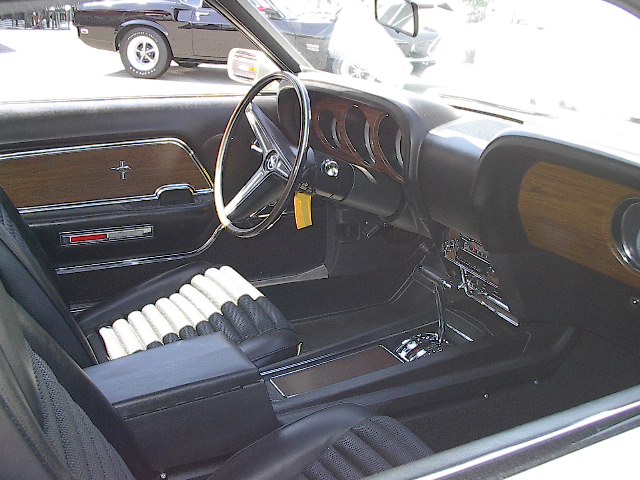 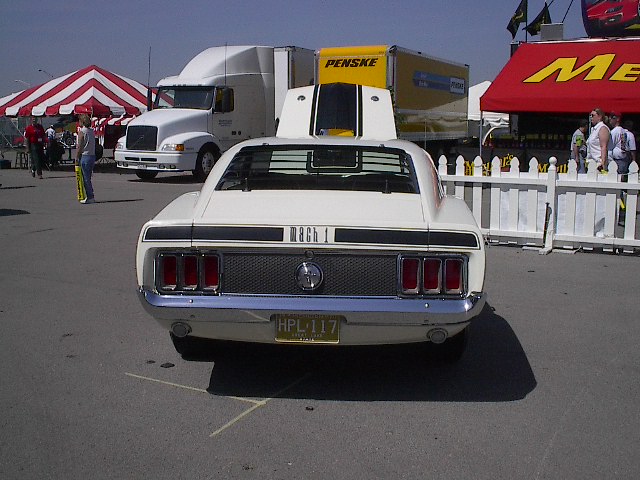 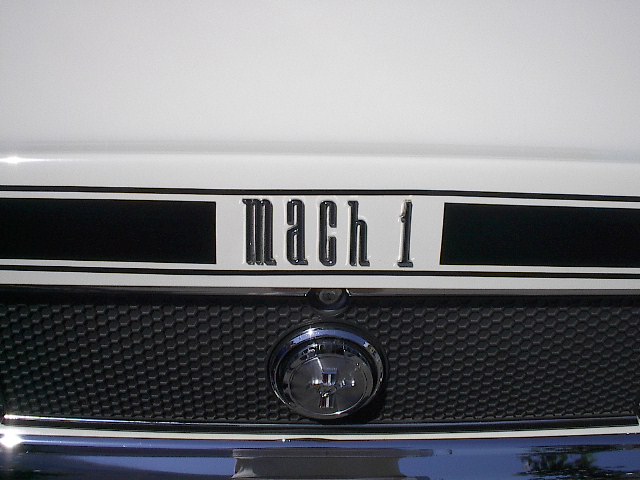 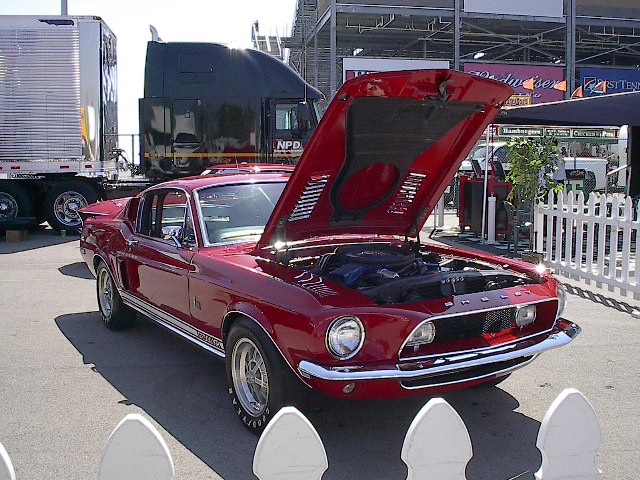 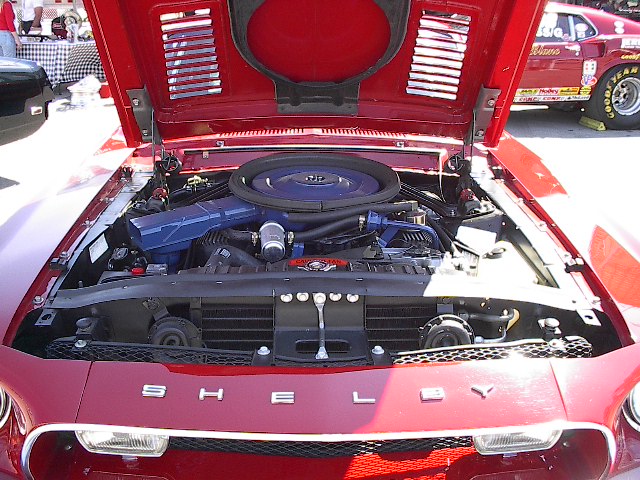 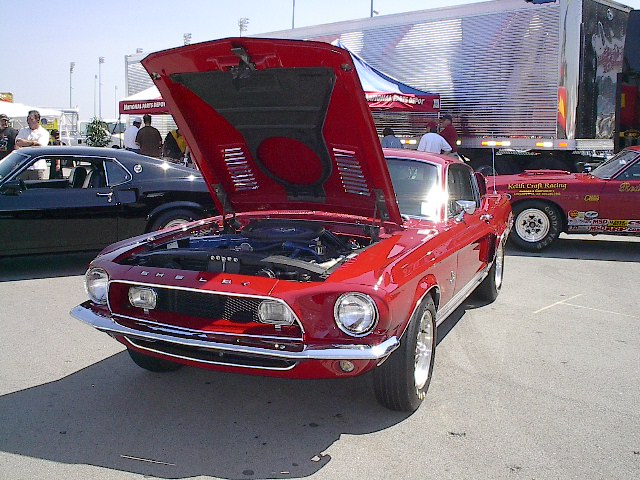 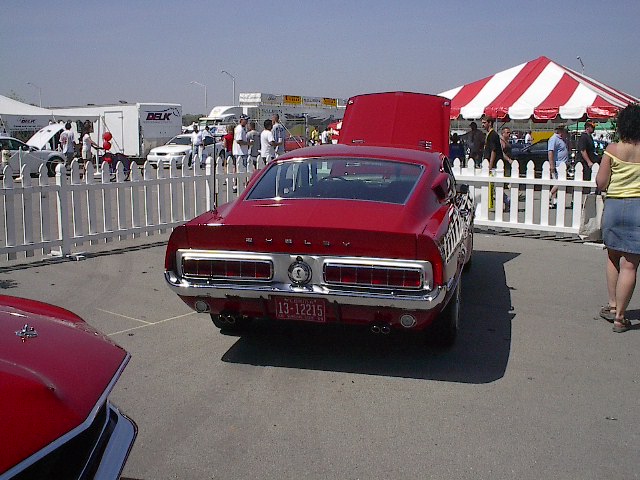 My mom's never been one for a minivan. Prior to the Shelby purchase in 1975, Mom's daily commute was a beloved '67 GTO (which was getting high on miles, which prompted dad to replace it with the 20,000 mile Shelby, which at the time had her blood boiling, 'cause it was an automatic, and she hated all the, in her words, "silly" scoops). In '83 my parents divorced. With Dad having been so religiously anti-japanese car, she promptly did the sports-car thing upon her new-found singleness with an '83 RX-7 she bought new. In the late 80's and early 90's she campaigned her new husband's (Scot Lamar, races S/C dragster in NHRA, Lamar/Cohen racing) 1969 Camaro SS in NHRA Comp Eliminator. Early this year she just bought a brand new Nissan 350Z 6-speed with the upgrade NISMO stainless performance exhaust, at the young age of 61.