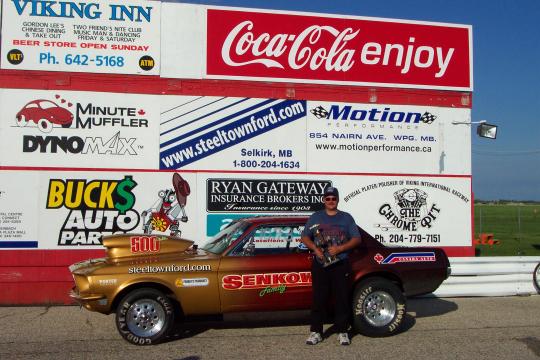 We painted the car last spring. 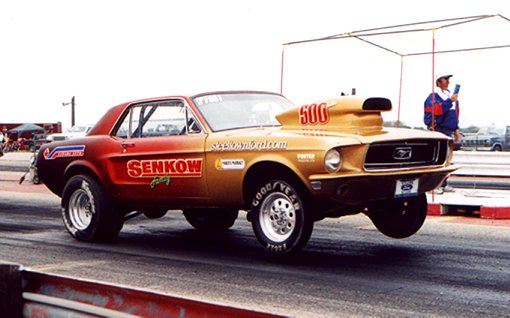 Painter is a friend we race with. 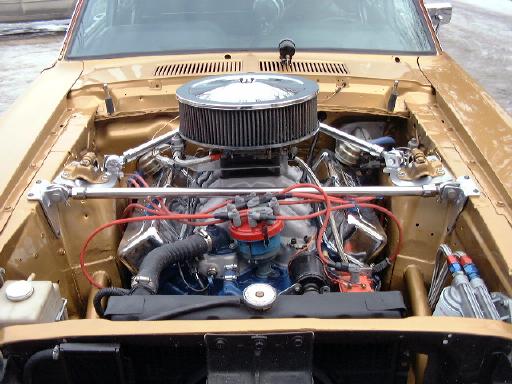 Told him to make it different and that's what he came up with. 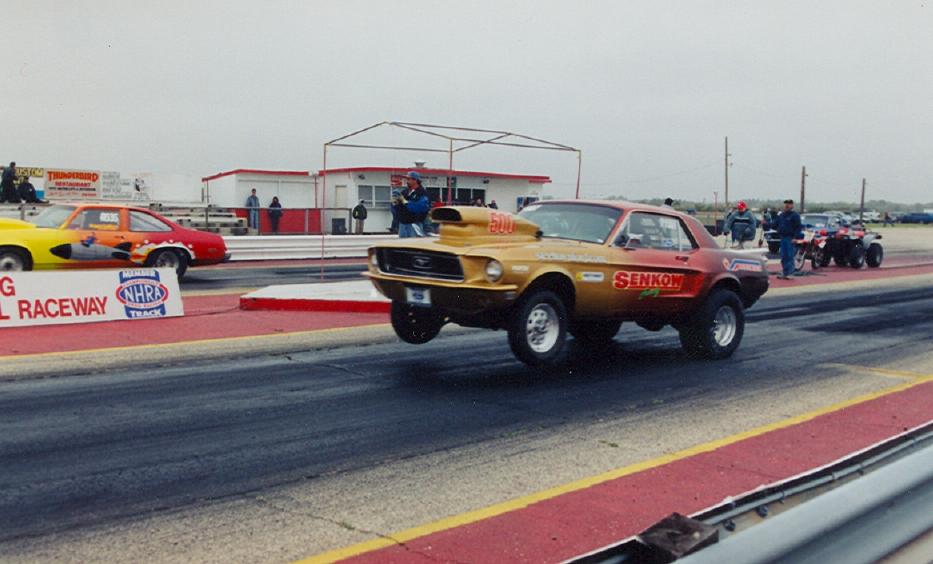 Here are some pics with the old paint 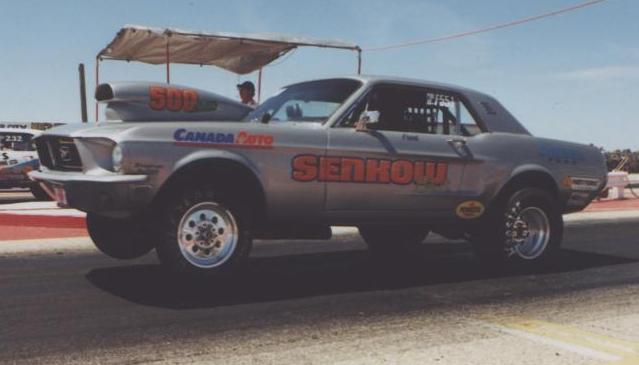 Summer of 2000 at Viking International Raceway.
Car started as project for street with a 289/C4. It was an insurance
write-off that a friend who restores Mustangs had in his backyard.
Took two years to convince him that he should sell it to me. Started
fixing it up and drove it at the same time - trans broke - decided
had to get serious about fixing it up! A friend had a magazine article
about putting a 429 in the early Mustang (he also had a 429/C6 for sale)
so I went that route. 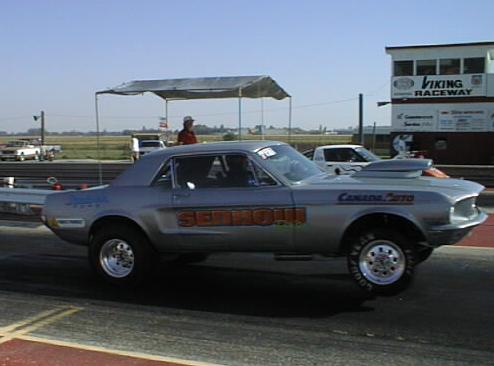 Summer of 97 at Viking International Raceway - last year of 460/C6.
The car was not great on the street - hard to cool, hard to start and
hard to steer, so we went racing, and had fun!

12 years later - my brothers have joined me and we work together - hopefully
to win season in our class (I still get to drive). Have never finished lower
than sixth, was right there for first place twice - THAT'S RACING!